Prior to joining Jones Lang LaSalle, Mr. Howell was a Senior Vice President with Grubb & Ellis Company’s brokerage division. He began his career as director of political activities for a United States Senator.

Education and Affiliations
Mr. Howell holds a B.S. from Hillsdale College. He was a member of the Washington Board of Trade, the Real Estate Group. Mr. Howell is a member with a merit standing of the Economic Club of Washington. Mr. Howell is also a Life Member of the Multi-Million Dollar Commercial Leasing Club, a former member of the Greater Washington DC Commercial Association of Realtors’ Board of Directors. Additionally, Mr. Howell is the Chair Emeritus of the Board of Trustees at the Commonwealth Academy and the former Advancement Committee Chair at Bishop Denis J. O’Connell High School. He is also the recipient of the Hillsdale College Distinguished Alumni Award (2007) and the Design Leadership Council of Washington, DC’s Design Excellence Award (2006).

Mr. Howell currently serves on the Board of Directors of the Alexandria Community Trust (ACT): the Tall Ship Providence Foundation (Alexandria, Virginia) and the Recovery Park Farm (Detroit, MI). 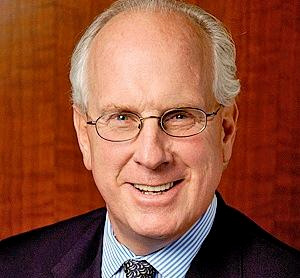