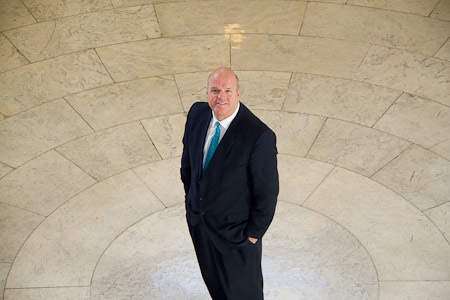 LET IT BE KNOWN, That it is a great honor to join with Mr. Bill Couzens, the Board of Directors and all others involved with and who contribute to the Less Cancer Campaign at the Move Detroit for Less Cancer benefit event.

In partnership with the Children’s Hospital of Michigan Foundation, Move Detroit for Less Cancer is meant to raise awareness of obesity as a cancer risk. With an emphasis on prevention, the goal is to inform people that in addition to all the other risks associated with obesity, cancer is one of them.

We believe the best way to avoid a danger is to know about it. That is why prevention is so important. The mission of Less Cancer is innovative: educate people on the front end before we need to treat them once they are afflicted the disease. This strategy saves lives and money.

I’m proud of my friend, Bill, for his tireless work on this issue. From fundraising benefits to establishing Cancer Prevention Days across the nation, he and his team of dedicated individuals are making a real difference in people’s lives. It is inspiring to say the least.

IN SPECIAL TRIBUTE, Therefore, this document is signed and dedicated in honor of the Less Cancer Campaign and in appreciation of the work done to make Move Detroit for Less Cancer a success. We commend everybody who has put their time and effort into this endeavor, we thank them for their service and we anticipate many more opportunities to gather and raise awareness in the coming years.