Is Diabetes The Disease Or The Symptom?

Is Diabetes The Disease Or The Symptom? 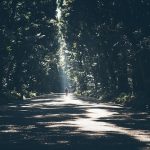 Earlier this week I was told I was diabetic. When sharing it with people, some felt maybe this was not the type of news the founder of Less Cancer should broadcast.

I am sure that it is exactly the kind of thing to share. Since founding the organization in 2004, I have always been open about some of the lifestyle challenges and risks I have engaged in; from being a chain smoker as a child to having a diet so poor that as a college student at 6’6.5” and 168 lbs, I was diagnosed with malnutrition.

Since that time I have been far from saved. I did quit smoking 21 years ago when my son was born, as he had a respiratory issue that would have prevented me from ever holding him. Fortunately, the doctor that was treating him at the time used his agency to say that I would have to leave my clothes outdoors and take a shower before picking him up. With the help of the patch, I quit right away.

Type 2 diabetes has a stronger link to family history and lineage than type 1, although it too depends on environmental factors. If there is a family history of type 2 diabetes, it may be difficult to figure out whether it is due to lifestyle factors or genetic susceptibility. I only know of a few family members with type 2 diabetes, and they were all at an enviably healthy weight.

However, for over 20 years I have been vigilant about eating and serving certified organic foods to my family. For me, sugar is the head-spinning devil. And no matter how healthily I eat around it, it’s just too tough to burn off a slice of cake. I walk at least a few times a week, and I have started running on the treadmill with a trainer when I am back home in Virginia.

When I heard the news of my diagnosis, I felt ashamed as to how I could not know better. Certainly, I had been warned. I was most angry with myself because, with my very non-profit salary, I understood that I would never really be able to afford the meds for a diabetic. My doctor has given me three months to turn things around.

Stress is the headline.

However there is something even more insidious, and that is isolation.

In my work, without intention or awareness, I seem to have systematically built a wall around myself to the outside world and my own personal needs.

I am immensely grateful for the handful of amazing friends and my immediate family, with whom I am in touch daily. But something strange began happening as I heard from more and more people that I did not know and started connecting with on social media, and then through blogs. In the course of the day, I often speak to more strangers than people I know. I am on the road so much that I often eat alone and have little social contact.

After the United States Congressional Caucus and the Cancer Prevention Workshop this past February, on the only free day I had I met with a few of the cyclists for the bike ride to raise money for Less Cancer. The day of my birthday in Detroit — my big night — was spent on my laptop, in my hotel. I took a moment to check Facebook and email only to notice an embarrassing amount of birthday wishes — between social media and email it was well into the hundreds.

As I drove out of town the next day, hurrying to my next stop, I could not help but think how strange it felt to look at all these communications from so many people I did not know ― despite being very appreciated. I meet kind and wonderful people each day and I am one of those people that love others more than myself.

As more people get to know me and the work of Less Cancer, I receive accolades but not always from people I know. I feel a need to protect myself by establishing boundaries, thus creating even greater distance between me and the world.

Somehow the more I connect and work with the masses my wall, unseen by the outside seemingly inches higher, insidiously moving further away from filling my metaphoric bucket or addressing some very basic needs.

With a focus outwards on the rest of the world, I move further and further away from my needs.

In trying to understand my diabetes diagnosis, I find myself asking what isolation means to human health — working alone, traveling alone, and frequently not having any connections beyond people who want to talk to me about my work.

In a report by Soledad O’Brien, Surgeon General Dr. Vivek Murthy said the greatest public health crisis (according to the surgeon general) isn’t cancer or heart disease. It’s isolation — isolation and the affects of being socially disconnected.

I may never know if my diagnosis is hereditary or lifestyle, stress or isolation. You can count on me turning my sights inward as a matter of health. Watching diet and exercise, connecting with friends and asking for help with the work for Less Cancer.

I will be exploring more about isolation as it impacts human health, including diabetes. Diabetes can, in fact, be a cancer risk. Now more than ever, we need to get a handle on these preventable diseases, and it needs to start with me.

Is this my legacy to my children? Is this what I leave them — a future knowing that the idea of Less Cancer will be a missed opportunity to turn the steadily increasing incidences of cancer around. A future with a cancer economy?

I am not giving up-if you want to help, please help the work of Less Cancer not because of me but rather because we are doing life-saving work that is making change.