Early Onset Cancer Could Start In The Womb

Early Onset Cancer Could Start In The Womb 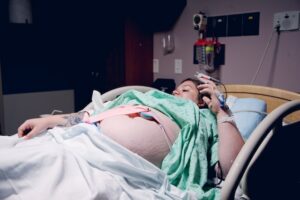 More people under the age of 50 are diagnosed with cancer than at any time since statistics have been accurately tracked. Modern medicine and improved quality of life should make the rate of early-onset cancer less common, not more. What’s causing this disturbing trend?

Like most health issues, it’s never a single variable. A combination of healthcare access, economics and environmental factors are all at play.

Early Onset Cancer May Take Root In The Womb

The most likely reason behind the increase in early cancer diagnoses relates to what we’re exposed to as kids or even earlier. Studies have established that maternal diet and obesity can increase cancer risk and other diseases in utero. Prenatal exposure to chemicals and pollution can also pose a risk.

Children with diets high in sugar can experience a dangerous combination of both immediate and longer-term issues. High-sugar diets can change the composition of gut bacteria, which in turn can lead to several types of cancers including colorectal, pancreatic and stomach. Researchers have recommended that many countries would benefit from a sugar tax, which may substantially lower sugar intake in children and adults.

High-sugar diets also lead to increased rates of childhood obesity. Obesity is a known cancer risk and healthcare professionals believe there is a correlation between children becoming obese at ever-younger ages and being diagnosed with preventable cancers at younger ages. In the U.S., 19.7% of the national 14.7 million children under the age of 19 met the medical definition of obese.

More than 20% of 6 – 11-year-olds were obese in 2020, outpaced only by the 22.2% of children 12 – 19. Of course, distribution isn’t equal. Minority children are more likely than their white peers to be obese, likely due to socioeconomic status, food availability and other factors.

It’s not just a race issue; the obesity rate in children is highest in middle-income families (19.9%), with high-income children nearly half as likely to be obese at just 10.9%.

The lowest-income children in the US might have an obesity prevalence 1% lower than middle-income children, but they may face additional risks. Food scarcity in utero and early life contributes to various diseases, including breast cancer.

One school of thought speculates that children’s genes are shaped during prenatal development to ‘learn’ reactions to environmental conditions, including diet and pollution. These foster lifelong reactions or processes that may increase the risk of diseases. In effect, cells are programmed to be healthy or malfunctioning, possibly earlier in life than in past generations.

Eating Toward An Epidemic

Global obesity rates and other factors signal the developed world is headed toward high cancer rates in every subsequent generation. For example, a person born in 1960 is more likely to receive a cancer diagnosis than someone born in 1950.

A few of the additional factors are certainly related. Today’s sedentary lifestyle, increased risk of Type 2 diabetes, childhood obesity and the lack of sleep in young people all play a role.