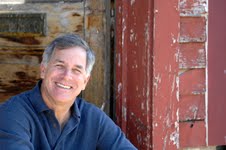 Gary Hirshberg who spoke for Less Cancer in Portsmouth, New Hampshire on GMO’s and labeling.

Introductions opened with Less Cancer board Chairman Tom Sherman, MD introducing  board member and award winning journalist Miles O’Brien who spoke briefly on following the money in the cancer industry and the role of prevention before introducing Hirshberg. The audience of community leaders including law makers had a lively and engaged question and answer portion of the event that was opened up by Miles O’Brien later led by Less Cancer founder Bill Couzens.