What The Eyes Don’t See 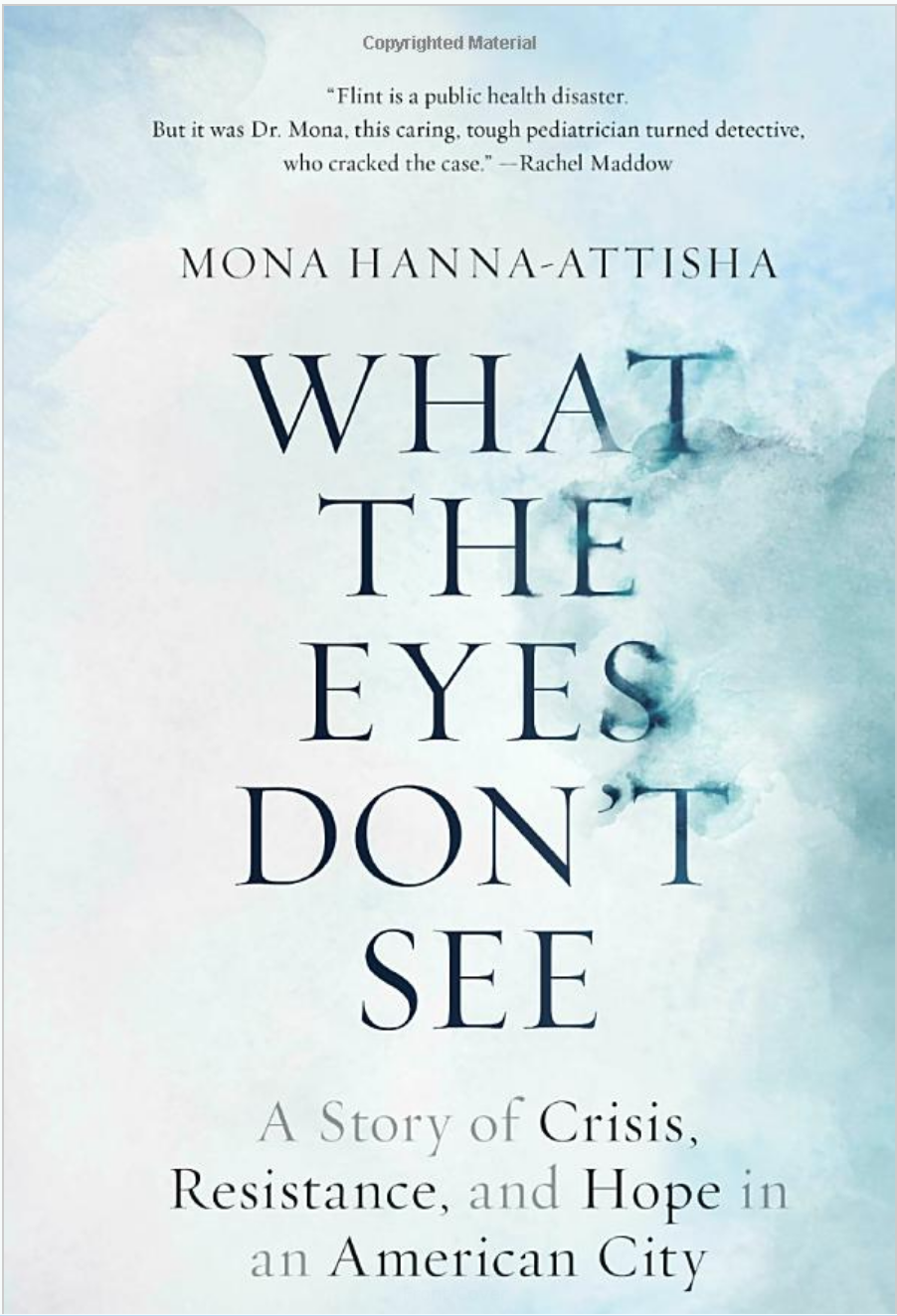 Flint was already a troubled city in 2014 when the state of Michigan—in the name of austerity—shifted the source of its water supply from Lake Huron to the Flint River. Soon after, citizens began complaining about the water that flowed from their taps—but officials rebuffed them, insisting that the water was fine. Dr. Mona Hanna-Attisha, a pediatrician at the city’s public hospital, took state officials at their word and encouraged the parents and children in her care to continue drinking the water—after all, it was American tap water, blessed with the state’s seal of approval.

But a conversation at a cookout with an old friend, leaked documents from a rogue environmental inspector, and the activism of a concerned mother raised red flags about lead—a neurotoxin whose irreversible effects fall most heavily on children. Even as circumstantial evidence mounted and protests grew, Dr. Mona knew that the only thing that could stop the lead poisoning was undeniable proof—and that to get it, she’d have to enter the fight of her life.

Read the inspiring story of how Dr. Mona—accompanied by an idiosyncratic team of researchers, parents, friends, and community leaders—proved that Flint’s kids were exposed to lead and then fought her own government and a brutal backlash to expose that truth to the world. Paced like a scientific thriller, this book shows how misguided austerity policies, the withdrawal of democratic government, and callous bureaucratic indifference placed an entire city at risk. And at the center of the story is Dr. Mona herself—an immigrant, doctor, scientist, and mother whose family’s activist roots inspired her pursuit of justice.

What the Eyes Don’t See is a riveting, beautifully rendered account of a shameful disaster that became a tale of hope, the story of a city on the ropes that came together to fight for justice, self-determination, and the right to build a better world for their—and all of our—children.

Meet the Author of What the Eyes Don’t See

Author Dr. Monna Hanna-Attisha is a Less Cancer Board Member and continues to work to protect American families.

Order your copy of What the Eyes Don’t See here.