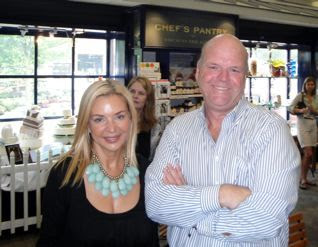 I wrote last week about the screening of Healthy Town Detroit at Sheila Johnson’s Market Salamander in Middleburg, Virginia. For those in the District who are interested, Bill Couzens, Founder of Less Cancer and Holli Thompson, the Healthy Town Detroit Host and Founder of Nutritional Style will host another viewing on The Hill this Friday, July 2nd from 12:00 p.m. until 2:00 p.m. in 2168 Rayburn House Office Building (the Gold Room)

Healthy Town Detroit is the first film in a series focusing on social entrepreneurs in communities throughout the United States. The documentary covers organizations working to bridge the numerous environmental health gaps in Detroit through prevention. The film features Earthworks Urban Farm at the Capuchin Soup Kitchen, Local Motion Green, Children’s Hospital of Michigan, the Kresge Foundation, and Kids Kicking Cancer. The film series is part of the New Healthy Town Campaign from Next Generation Choices Foundation known for their Less Cancer campaign. See link…