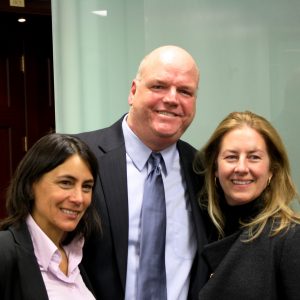 National Cancer Prevention Day, February 4th, 2013, serves to remind people that when looking at cancer they need to look at prevention and reducing risks for human health and the environment.

National Cancer Prevention Day, February 4th, 2013, resolution, entered in the House of Representatives, states that when we work to prevent cancer risks, it impacts human health, the environment, and the economy.

The Resolution introduced by Representative Steve Israel, Co-Chair of the House Cancer Caucus.

During the 111th Congress, Israel launched an initiative to require full ingredient labeling on household cleaning projects; authored a bill that would take arsenic, a known carcinogen, out of our poultry supply; and he is working to implement mandatory rules for medicine cups, which due to frequent flaws lead to over- or under-dosing children.

Israel said, “There are far too many who have been touched by cancer, both directly or indirectly. Today, on National Cancer Prevention Day, we commit ourselves to prevention and reducing our risks as much as possible through healthy lifestyles and clean environments. Less Cancer has been a true partner in this fight, and I applaud them for that.”

The briefing, held in the US Capitol Building, was standing room only. Speakers included opening comments by Colleen Nguyen, from the office of Representative Israel; Less Cancer Founder, Bill Couzens; Less Cancer advocates, Erica Wiley, of Virginia, Suzi Tobias, of Fort Worth Texas, and Martha Fruehauf of Virginia.

Erica Wiley spoke of her journey with her son Hugh’s cancer and treatments and eventual death from cancer and the need for prevention and the work of Less Cancer.

Tobias spoke of her experience with life-long friend Aileen O’Brien who succumbed to cancer
last summer and appealed for resources and policies to be directed to Cancer Prevention.

Closing comments by Martha Fruehauf, spoke of her commitment to the cause and concern for the next generation.

Less Cancer advocates, Tobias and Fruehauf will be participating in the Less Cancer Challenge 300 this summer, cycling 300 miles from Port Huron, MI to Mackinac Island, MI during the famed Port Huron to Mackinac Yacht Race. Their goal is to raise awareness for Cancer prevention and risk reduction through exercise and healthy lifestyles choices.

Couzens, who originally hails from Detroit, Michigan is a graduate of Wayne State University and the Founder and President of the nonprofit Next Generation Choices Foundation and the widely known Less Cancer Campaign. The Campaign has worked to raise awareness for the reduction of cancer risks. Founded in 2004, Next Generation Choices Foundation partners with communities to create and dispense educational tools that focus on environmental health advocacy and lifestyle choices.

The public charity was formed in response to the escalating incidences of cancer.