K.C. Graham graduated from the University of Virginia in 1979 with a degree in Psychology. After college, she moved to New York and worked in the financing section of the thoroughbred horse industry. She continued her work in the horse industry when she moved to Louisville, Kentucky, to work for Citizens Fidelity Bank (now PNC) in their Equine Lending Division. K.C. then moved to Lexington, Kentucky, to start her own business, buying and selling horses, as well as publishing a newsletter on international horse racing. Following horse racing around the globe, she went to the Southern Hemisphere and lived in Australia for two years.

Once she returned to the states, she moved to Middleburg, Virginia, which she still calls home. K.C. joined the Board of Trustees of The Hill School, an independent K-8 school in Middleburg where she served a total of 14 years. She was on the Building and Grounds Committee, the Education School Life Committee, the Search Committee for the new Head of School, and on the Executive Committee as Secretary. K.C. was also a member of the Board of the Middleburg Community Center. A portion of her service was as Treasurer.

In 1999, K.C. joined the Board of Dover Corporation, a Fortune 500 international manufacturing conglomerate. She serves on the Compensation Committee as well as the Governance and Nominating Committee.

At UVA, K.C. is currently an Emeritus Trustee of the College Foundation Board, and a member of NCOUR (National Committee on University Resources) and Women in Philanthropy.

Most recently, K.C. was elected and invited to join the Board of Trustees of Tabor Academy in Marion, Massachusetts. K.C. is also a member of the board of three family foundations; the Graham Family Foundation, the Tara Foundation and the Ohrstrom Foundation.

The library in the UVA Neurology Department is named for her grandmother, Elizabeth Ohrstrom. It is through this library that the relationship started with the Ohrstrom Foundation and the UVA School of Nursing. 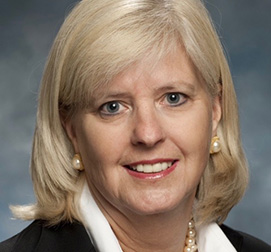