Robert A. Bilott, a distinguished attorney, has been at the forefront of environmental litigation. The attorney was the focus of a recent story in the New York Times that caught global attention: The Lawyer Who Became DuPont’s Worst Nightmare.

Bilott is a partner in Cincinnati-based Taft Stettinius & Hollister LLP, where he practices in the Environmental, Litigation, and Product Liability and Personal Injury groups, representing a diverse range of clients on a wide variety of matters involving federal, state, and local environmental laws and related litigation, which he has been pursuing since 1990.

Rob has been listed for several years as one of the Best Lawyers in America for his litigation and environmental practice and has received an “AV” peer-review rating, the highest possible, by Martindale-Hubbell. For five consecutive years, he has been named a “Top Local Plaintiff Litigation Star” by Benchmark Plaintiff in Ohio for environmental work, and he is named a 2016 Local Litigation Star by Benchmark Litigation for his litigation work. In addition, he is a member of the National Trial Lawyers, and since 2008 has been ranked as one of the “Top 100 Trial Lawyers in Ohio.” In 2005, Rob received the “Trial Lawyer of the Year Award” from The Trial Lawyers for Public Justice Foundation for his work on an innovative, ground-breaking approach to settling an environmental class action involving tens of thousands of people alleging contaminated drinking water in West Virginia and Ohio. In 2014, he received the coveted “Clarence Darrow Award” from the mass tort bar in connection with the same litigation. Rob also has been listed as a Leading Lawyer in Environmental Law by Cincy Business Magazine since 2008 and in 2006 was named Ohio Super Lawyer Rising Star. 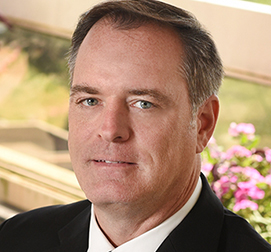