William U. (Bill) Couzens is an American advocate, blogger, speaker and founder of the Next Generation Choices Foundation, also known as LessCancer.org, a 501(c)(3) charitable organization dedicated to cancer prevention.

Couzens was a consultant for AOL and several other private and public-sector organizations, one of which he owned, a magazine called Equidaie. The loss of several close family members inspired him to help create a fund to provide free mammograms[1]. Feeling that effort was not sufficient, he established the Next Generation Choices Foundation and its website, LessCancer.org in January 2004[2],[3], focusing on reducing incidences of preventable cancer.

In 2010 Couzens produced and directed the “Healthy Town” video series, which “documents organizations working to bridge the numerous environmental health gaps in Detroit through prevention.”[4],[5] Couzens hosted a viewing of this series for members of Congress[6].

In December 2012, Couzens partnered with the Children’s Hospital of Michigan Foundation to create programming to educate families on reducing diseases and the cancer risks associated with environment and lifestyle.[12]

Since 2014, Couzens has organized a 300-plus-mile “Split the Mitt” bicycle ride from Detroit to various destinations northern Michigan, including Mackinaw City, Petoskey, and Traverse City, Michigan to raise money for the Less Cancer organization. The ride was founded by television producer Suzi Tobias[13]. The race has been attended by journalist and Less Cancer board member Miles O’Brien, who has participated in the ride annually since losing his arm[14]. In 2017, the race raised nearly $75,000.[15],[16],[17]

Couzens has initiated a partnership with the Johns Hopkins Bloomberg School of Health at Johns Hopkins University in a social media campaign “#9minutemeal” for National Cancer Prevention Day, to create dialogue about how easy it is to have a more healthy diet.[18]

In his role with Less Cancer, Couzens works to educate, share the evidence based science and provide policy for reducing risks that may lead to increased incidences of cancer.

He has also written about cancer prevention issues as a contributor to the Huffington Post and other publications, including the Less Cancer journal on ThriveGlobal[19], Classy.org[20], Grosse Pointe News[21], and the Middleburg (Virginia) Eccentric[22].

Couzens was born in Detroit and grew up in Grosse Pointe Farms, Michigan. He is one of seven children and is a member of a prominent family (his grandfather Frank Couzens[23] and great-grandfather James J. Couzens were both elected Mayor of Detroit and James was also U.S. Senator from Michigan). His father was an executive with Manufacturers National Bank of Detroit. Bill graduated from Wayne State University with a Bachelor of Arts degree in 1985.

In addition to his Less Cancer activities, Couzens has been an active board member of the Warrenton Horse Show. He received the Special Achievement Award in 1999 in recognition of his efforts on behalf of the event[24]. He served as President of the event in 2006 and 2007. 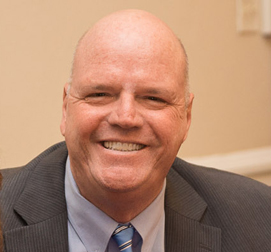