Miles O’Brien is a veteran, independent journalist who focuses on science, technology and aerospace.

He has served on the board of Less Cancer since the beginning. He was elected chairman in 2021. He has lost both of his grandmothers, his mother and his sister to cancer. He is passionate about the important goal of increased cancer prevention.

“I have lost too many loved ones to cancer over the years. It is high time we developed a better understand the environmental causes of this scourge. Bill Couzens and Less Cancer have been in the vanguard on this – sparking a  national conversation on this crucial topic among academics, politicians, policy advocates and the general public. I am honored to help this organization in any way that I can.

Miles is the science correspondent for the PBS NewsHour, a producer, director, writer and correspondent for the PBS documentary programs NOVA and FRONTLINE and an aviation analyst for CNN. He owns MOBIAS Media, Inc., a production company that creates award winning documentary films primarily for PBS as well as several educational and corporate clients.

For nearly seventeen of his thirty-nine years in the news business, he was a staff correspondent and anchor with CNN, based in Atlanta and New York. He served as the science, environment and aerospace correspondent and the anchor of various programs, including American Morning.

While at CNN, O’Brien secured a deal with NASA to become the first journalist to fly on the space shuttle. The project ended with the loss of Columbia and her crew in 2003 – a story he told to the world in a critically acclaimed sixteen-hour marathon of live coverage. He later served for ten years as a member of the NASA Advisory Council, offering strategic advice to the NASA administrator.

Prior to joining CNN, he worked as a reporter at television stations in St. Joseph, MO, Albany, NY, Tampa, FL and Boston. He began his television career as a desk assistant at WRC-TV in Washington, DC.

He has won numerous awards over the years, including six Emmys, a Peabody and a DuPont.

In February of 2014, a heavy equipment case fell on his forearm while he was on assignment. He developed Acute Compartment Syndrome, which necessitated the emergency amputation of his left arm above the elbow. Despite the loss of his arm, he has completed two marathons, several ultra-distance bike rides, a half Ironman, and has returned to flying airplanes.

Born in Detroit and raised in Grosse Pointe Farms, MI, he is based in Vero Beach, Florida. He was a history major at Georgetown University. Miles has two grown children. His son is a US Navy Lieutenant stationed in Catania, Italy and his daughter is a social worker who runs a shelter for homeless, mentally ill women in New York City. 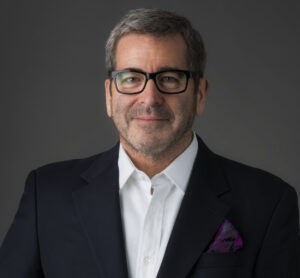